The third event of the international conference series on Media and Politics was held at the European Youth Centre Budapest, Council of Europe on 6-7 October, 2000.

The Organisers of the Conference:
István Hegedűs (independent project consultant, Hungarian Europe Society), Association of Hungarian Journalists (MÚOSZ), Openness Club (Hungary).
Conference Co-ordinators: Réka Fürtös, Rita Gergely, Ivett Kovács, Anna Simon.
The conference has been sponsored by the Network Media Program of the Open Society Institute, Freedom House, the German Marshall Fund of the United States, the Friedrich Ebert Foundation, the Embassy of the United Kingdom to Hungary and the European Youth Centre Budapest of the Council of Europe.

Objectives and Mission of the conference series

According to the initiative and their proposals, Hungarian scholars and institutions were going to organize an international conference series to discuss the state of press freedom and independent journalism ten years after the regime-change in Central and Eastern Europe from a theoretical perspective as well as from practical public policy aspects in a comparative approach.
Since the political transformation in 1988-1991, the media systems of Central and Eastern Europe have undergone fundamental changes. The control mechanisms of the party-states on the press have given way to independent and privatized media markets. The media, once a 'collective agitator' of one single ideology, at present reflects a plurality of views and opinions in most of the young democracies. The freedom of the press, however, has frequently been jeopardized throughout the region. In the new Central and Eastern European democracies, journalists, editors and the public encounter largely identical problems. These include, among other things, the questionable practices of privatization, the influence of political forces upon the news media, conflicts over media legislation, decline of the public service media and the inability of civil groups to access the media. There has been an ongoing and over-politicized debate about the role of media in modern society since the fall of communism in the region.
The conference series wanted to offer a forum in which media policy makers, media theorists, leading journalists and the representatives of civil society in the region could exchange their views on salient media issues. Discussion topics included the authoritarian media policies of some political elites, the conditions for independent journalism, the agenda-setting role of the media in the transformation process, the cultural and political impact of the media as well as various other media theories and policy issues. Special attention was supposed to be paid to regulation and other institutional guarantees of press freedom as well as to strategies of cooperation between the media and non-governmental organizations.

At this event international specialists dealing with the European Union agreed that the media in Europe is fragmented and has mostly a national perspective on EU-affairs. Just to quote Mogens Schmidt: "Allow me to immediately give a brief answer to the headline of this session "Towards an European public sphere?" I do not think we have one yet, and I am slightly sceptical as to the pace of the development towards it. When we look at the initiatives that have been taken to initiate pan-European media, they have all failed or are badly suffering." For Pro-Europeans, the situation is quite critical in the United Kingdom: "Although statistical evidence is thin, it is commonly assumed that the Euro-sceptic media in Britain is the cause of declining popularity for European integration. It is certainly true that popular media, in particular the press, are largely Euro-sceptic", as Martyn Bond described the general values, attitudes and opinions of the British public debate. In the candidate countries, first of all in Hungary, europessimism has emerged in spite of the common wish of the elite and the public to join the EU as soon as possible. "This common wisdom of the mainstream Hungarian europessimists might be characterised by three elements: pragmatism, which is very reluctant to accept the impact of ideas, ideologies and values on political life; Marxist tradition, which overemphasises (economic) interests in social and political matters; provincialism, which cannot comprehend unusual or unknown behaviour and motivation in international political life.", as István Hegedus interpreted the cultural background of Hungarian public reactions to the long-lasting process of accession. The strengthening of European identities, as a consequence of deeper political integration of the member states, might, perhaps, give new opportunities to the development of a European media later on.

István Hegedűs gave an interview about the new power relations inside the European Parliament and the likely postponement of the suspension of Fidesz' membership in the European People's Party on 30 January 2020. 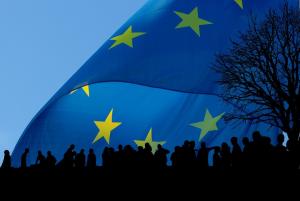 István Hegedűs is among the... 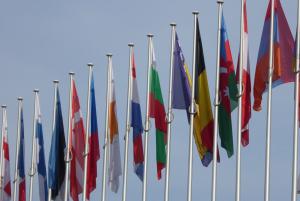 Central Europe, the EU and... 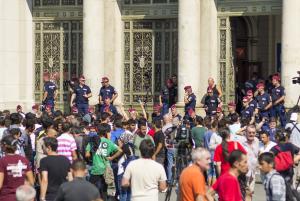 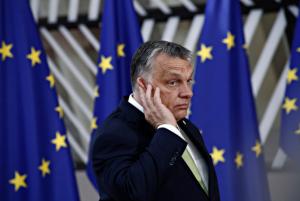 István Hegedűs gave an interview about the new power...

Cas Mudde (University of Georgia's School of Public and...