Please find the video archive of the Hungarian Europe Society below or watch it on our YouTube Channel. 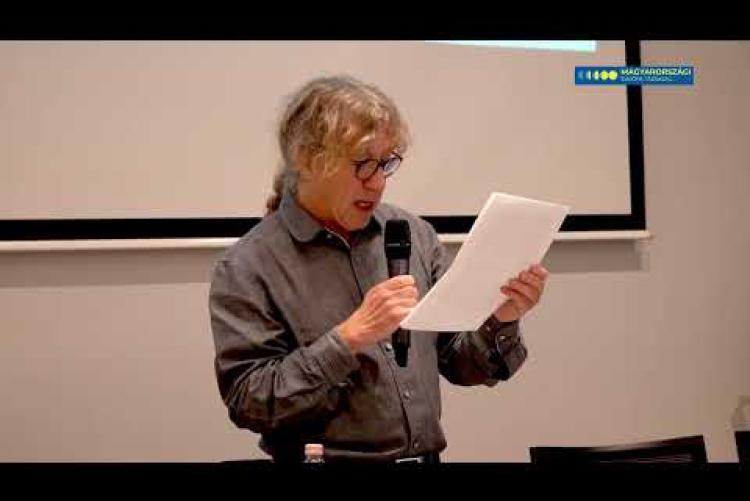 The conference recordings of "The Future of Democracy and the Summit for Democracy from the Perspective of a Hungarian NGO" are available on the YouTube Channel of HES.
Vision and Reality 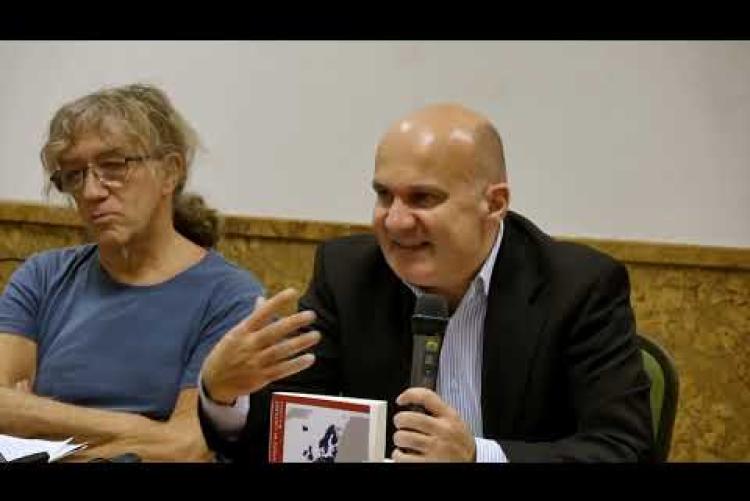 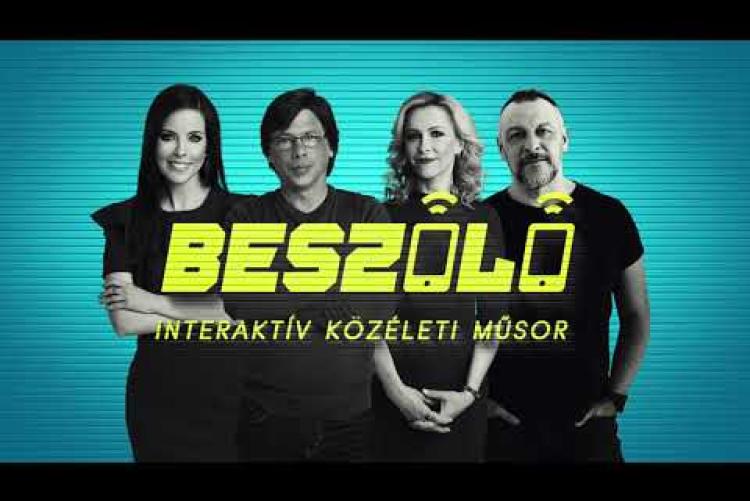 István Hegedűs was one of the guests in the radio program "Beszóló" led by Dóra Ónody-Molnár in Spirit FM on 17 May 2022.
The Future of Democracy: Strengthening Liberal Values, Institutions and Procedures at Global, European, Regional and National Levels 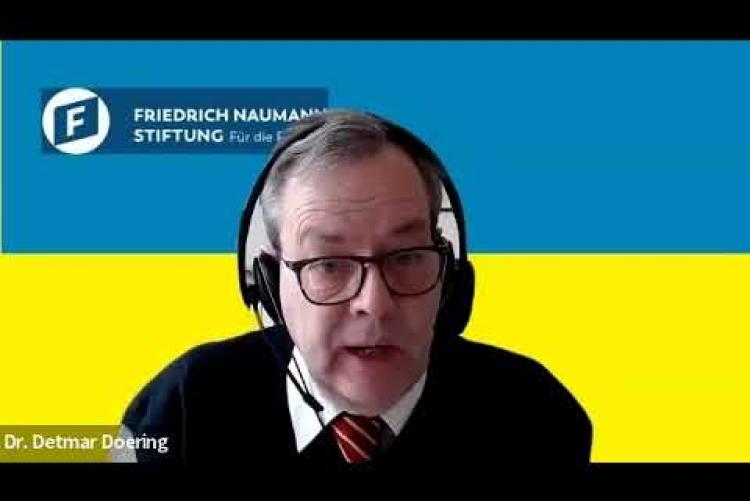 The Future of Democracy: Strengthening Liberal Values, Institutions and Procedures at Global, European, Regional and National Levels – online conference of the Hungarian Europe Society – Date: 17 March 2022, Thursday   CONFERENCE RECORDINGS   The Hungarian Europe Society has previously organised webinars and conferences about major social and political problems which have recently emerged in our new, uncertain times. Most significantly, liberal democracy has been under attack worldwide in national and regional public arenas as well as through the increasing international geopolitical race between the democratic Western world and strengthening (semi)-authoritarian regimes. The beginning of the twenties of the 21st century has brought up new risks and threats to the surface: environmental emergency, an unknown pandemic, migration, growing economic inequalities, the contradictions of a post-truth era, ideological/cultural as well as social/geographic polarisation and fragmentation, extreme right-wing identity politics, and soon. We have two particular focuses which comprehensively incorporate the above mentioned themes. First, the Conference on the Future of Europe that was launched in May 2021 works with an open agenda and its settings let participants discuss all kinds of policy issues as well as legal and institutional renovations. Second, the Summit for Democracy, invented by the Biden administration, goes beyond transatlantic relations regarding its more ambitious, global scope in order to bring together democratic states for action worldwide. Both big exercises give civil groups, think tanks and citizens the chance to interfere and influence conceptual considerations and practical outputs before the end of the deliberations.   Program: 10.00 – 10.15 Participants Connect to Online Platform 10.15 – 10.30 Welcome Address István Hegedűs, Chairman, Hungarian Europe Society, Budapest Detmar Doering, Head of Prague Office of the Friedrich Naumann Foundation for Freedom, Prague 10.30 – 12.30 Morning session: The European Union: Fast Forward or a New Sclerosis? Moderator: István Hegedűs, Chairman, Hungarian Europe Society, Budapest 10.30 – 11.00 Jacques Rupnik, Research Professor at CERI-Sciences Po in Paris and Visiting Professor at the College of Europe in Bruges: Do We Have an East-West Divide inside the European Union? From the Perspectives of the Ongoing Debates about the Future of Europe and the Forthcoming French Presidential Elections 11.00 – 11.30 Linn Selle, Chairperson of the European Movement Germany, Berlin: New German Perceptions on the Future of the European Union 11.30 – 12.00 Wojciech Przybylski, Editor-in-chief, Visegrad Insight, Warsaw: Alternative Ideas on the Reform of the European Union from Central Europe 12.00 – 12.30 Richard Youngs, Senior Fellow in the Democracy, Conflict, and Governance Program, based at Carnegie Europe, Brussels: The Conference on the Future of the European Union: A Fresh Exercise for Democratic Participation and Citizens’ Inclusion? 12.30 – 14.00 Break 14.00 – 16.00 Early Afternoon Session: A New Era for the Global Co-operation of Democracies? Moderator: István Hegedűs, Chairman, Hungarian Europe Society, Budapest 14.00 – 14.30 Jonathan Katz, Senior Fellow and Director of Democracy Initiatives, The German Marshall Fund of the United States; former Deputy Assistant Administrator, Europe and Eurasia Bureau, US Agency for International Development, Washington DC: The Summit for Democracy: Objectives, Progress and Problems 14.30 – 15.00 Jamie Shea, Senior Adviser on Security and Defence Policy, European Policy Centre; former Deputy Assistant Secretary-General for Emerging Security Challenges, NATO, Brussels: Security and Geopolitical Considerations for our Decade 15.00 – 15.30 Maria Domańska, Senior Fellow, Centre for Eastern Studies, Warsaw: How and Why Russia Challenges and Undermines Liberal World Order and What can the West Do against the Threat? 15.30 – 16.00 Imants Lieģis, Senior Fellow, Latvian Institute for International Affairs, Former Ambassador, Former Minister of Defense, Riga: Dealing with Assaults on Democracy within the Dynamics of Relations between the EU, USA, Russia and China 16.00 – 18.00 Late Afternoon Session: Will Populists Take Over Worldwide? Moderator: Erik Uszkiewicz, Vice-chairperson, Hungarian Europe Society, Budapest 16.00 – 16.30 Erin Jenne, Professor at the International Relations Department at the Central European University, Budapest-Vienna: Mapping Populism and Nationalism in Leader Rhetoric across North America and Europe 16.30 – 17.00 Ruth Wodak, Emeritus Distinguished Professor and Chair in Discourse Studies, Lancaster University/University Vienna: Liberal and Populist Media Discourses and the Transformation of Media Systems 17.00 – 17.30 Helena Rosenblatt, Distinguished Professor of History, Political Science and French, The Graduate Center, City University of New York: Right- and Left-Wing Illiberalism 17.30 – 18.00 István Hegedűs, Chairman, Hungarian Europe Society, Budapest: The Significance of the Hungarian Parliamentary Elections on 3 April 2022 18.00 – 18.15 Closing Remarks Erik Uszkiewicz, Vice-chairperson, Hungarian Europe Society, Budapest   “The Future of Democracy: Strengthening Liberal Values, Institutions and Procedures at Global, European, Regional and National Levels” project is supported by the Friedrich Naumann Foundation for Freedom. This event is being video recorded for archival, educational, and related promotional purposes. By attending or participating in this event, you are giving your consent to the video recording. Please note that the language of the event is English and no translation will be provided.
Márki-Zay, Hope of the Hungarian Opposition 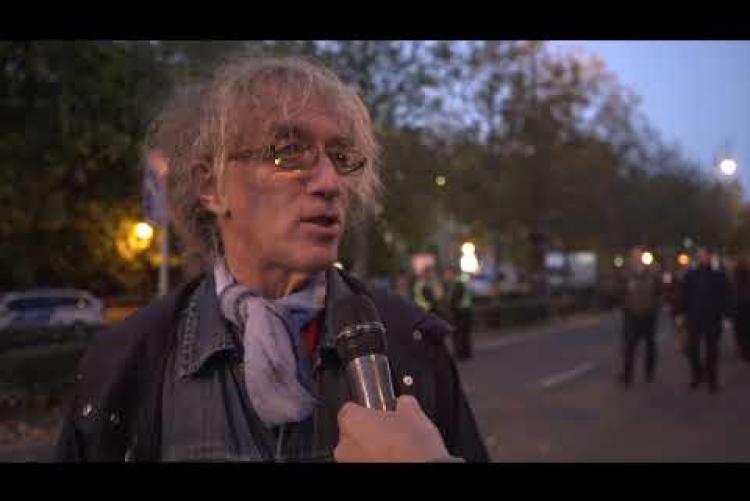 István Hegedűs gave an interview to szeretlekmagyarorszag.hu after the festive rally of the Hungarian opposition on 23 October 2021 in Budapest.
The Legacy of 1956, 1989 and 2004 from the Perspective of 2021 in Hungary 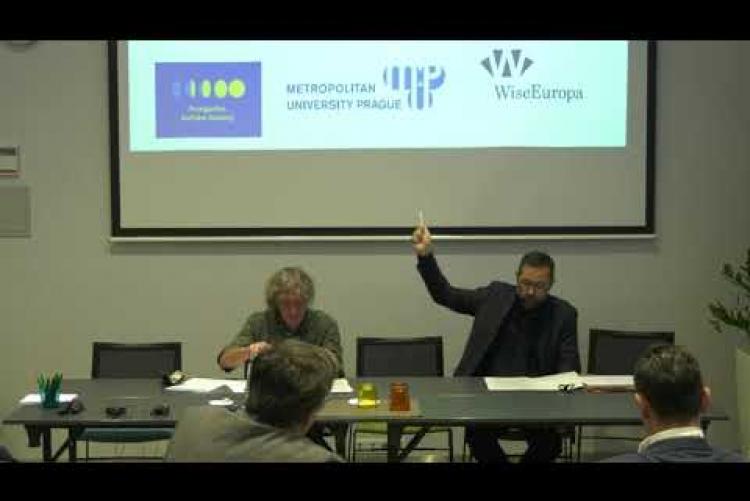 The Legacy of 1956, 1989 and 2004 from the Perspective of 2021 in Hungary - hybrid conference organised by the Hungarian Europe Society - Date: 22 October 2021, Friday 10:30 a.m. - 1:00 p.m. (CET) Venue: ibis Styles Budapest Center (Rákóczi út 58., 1074 Budapest) & Zoom   1989 represents a turning point in history, both for Central Europe and the whole European continent. In East Germany, Poland, Czechoslovakia or Hungary, democratic opposition managed in a short period to peacefully oust communist elites that had been ruling their countries for several decades. Hence, between 1989 and 1991 the new political elites were able to reunify successfully with a democratic neighbour (Germany) or build the democratic foundations of their states (Czechia, Poland, Hungary). The German reunification in 1990 itself can be considered as the preliminary step of the integration of Central Europe with the rest of the continent. Meanwhile, the democratic and economic transitions of the 1990s constituted necessary preconditions for Central European countries to achieve their accession to the Euro-Atlantic organizations such as the European Union and NATO. The transition was sometimes painful but successful, as 2004 became the symbol of unity of the European continent with the biggest ever European Union enlargement.  Today it is particularly important to recall the legacy of democratic transition of 1989 and the largest European integration of 2004 when nationalism, populism, and authoritarian trends are on the rise in Europe, particularly in Central European states and undermines the unity of the EU. Indeed, this legacy may serve as a crucial source of inspiration for activities aiming at the reinvigoration of European values.     The main goal of our project EUritage is to remind the European citizens about the importance of democratic transition of Central Europe and its accession to the EU and the values (liberal democracy, rule of law, civic national identity, free market economy) underpinning these processes. The same values make the foundations of the Union.   Agenda 10.30 Welcome: István Hegedűs (chairman, Hungarian Europe Society) 10.35 Historic Perspectives - Hungary at the Crossroads Speaker: Gergely Romsics (historian, Institute of History at the Research Centre for Humanities, Budapest) Discussant: István Hegedűs (chairman, Hungarian Europe Society) 11.15 Video presentation: “A European Success Story? Central Europe from Democratic Revolutions to EU Accession” 11.30 Round-table discussion: Adam Balcer (senior fellow, WiseEuropa, Warsaw) Ladislav Cabada (vice-rector for Research and Creative Work, Metropolitan University, Prague) Zsuzsanna Szelényi (former Member of the Hungarian Parliament, 1990-94, 2014-18) István Szent-Iványi (former Member of the Hungarian Parliament, 1990-2004) Moderator: Erik Uszkiewicz (vice-chairman, Hungarian Europe Society) 12.45 Student challenge Máté Bozóky (winner of the Hungarian essay competition) 12.55 Concluding remarks István Hegedűs (chairman, Hungarian Europe Society, Budapest) Please note that the language of the event is English and no translation will be provided. This event is being video recorded for archival, educational and related promotional purposes. By attending or participating in this event you are giving your consent to the video recording. Please note that proof of COVID-19 vaccination is required for in-person participation.
1989 and 2004: Years of Miracle? 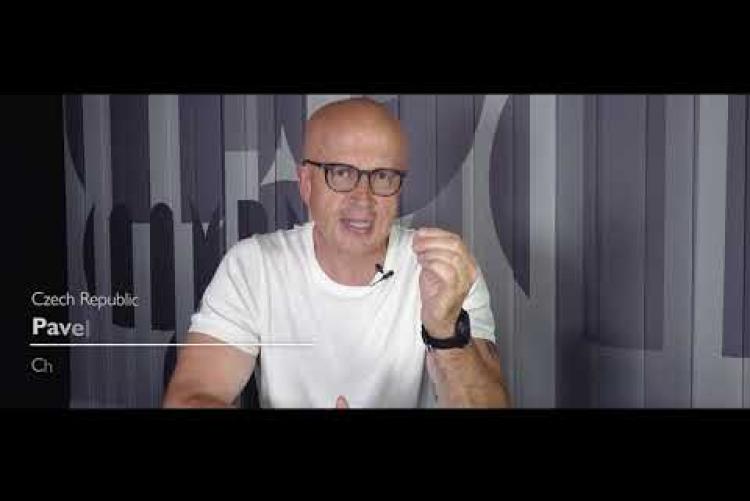 István Hegedűs participated at the roundtable discussion following the launch of the video entitled "A European Success Story?" at the European Centre for Solidarity in Gdańsk. This event is part of the EUritage project which celebrates the 30th anniversary of Central European democratic revolutions as well as the 15th anniversary of their accession to the European Union. The project is led by WiseEuropa, Warsaw, together with the Institut für Europäische Politik in Berlin, Metropolitan University Prague, City of Gdańsk and the Hungarian Europe Society. It is co-financed by the European Commission within the framework of its Europe for Citizens programme.  Watch the discussion HERE.
Uncertain Times: The Future of Trans-Atlantic Relations from the Perspective of NGOs and Think Tanks in Central Europe and Hungary 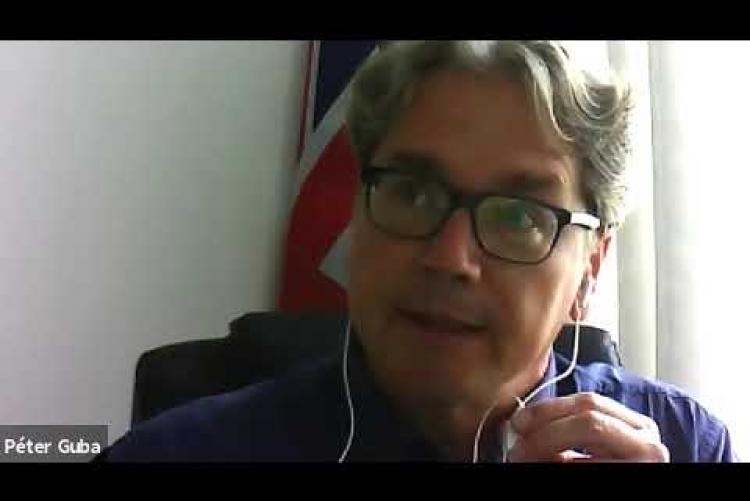 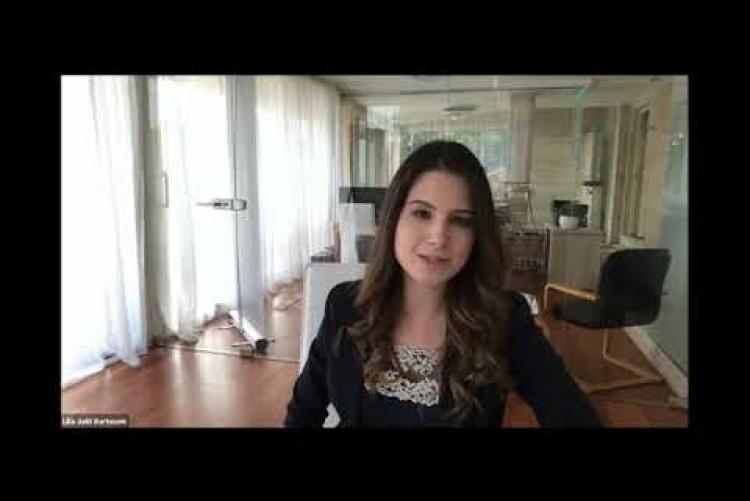 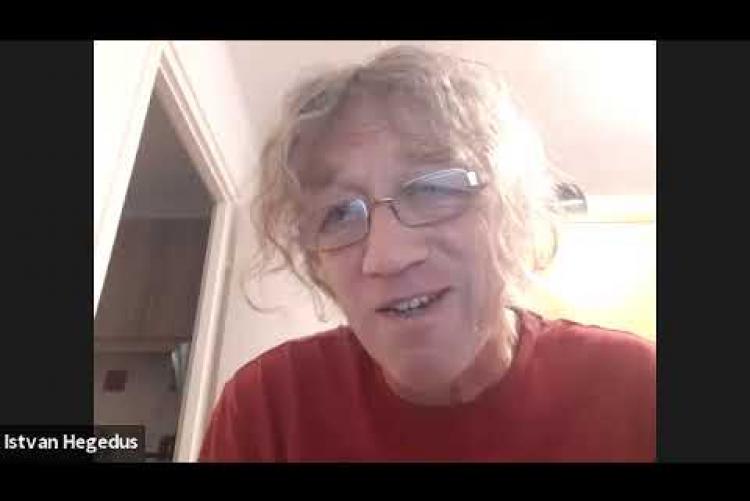